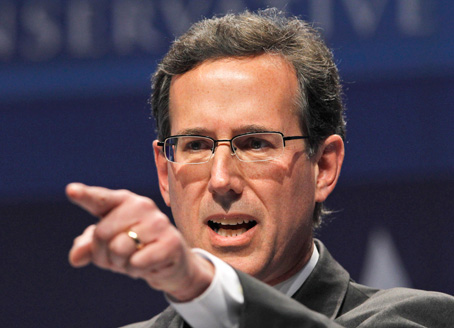 Republican presidential candidate Rick Santorum on Sunday suggested that Susan G. Komen for the Cure shouldn’t provide grants to Planned Parenthood for breast cancer screenings because abortions cause breast cancer, a false claim that has been repeatedly debunked.

“I’ve taken the position as a presidential candidate and someone in Congress that Planned Parenthood funds and does abortions,” Santorum explained. “They’re a private organization they stand up and support what ever they want.”

“I don’t believe that breast cancer research is advanced by funding an organization where you’ve seen ties to cancer and abortion,” he added. “So, I don’t think it’s a particularly healthy way of contributing money to further cause of breast cancer, but that’s for a private organization like Susan B. Komen to make that decision.”

According to the National Cancer Institute (NCI), the several small flawed studies that suggested a link between abortion and breast cancer have been disproven.