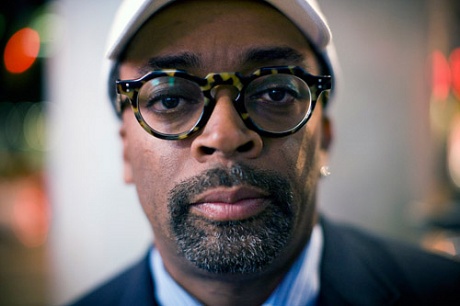 He may not have seen it, but the film director Spike Lee already has an opinion about “Django Unchained.” In a recent interview with Vibe, he said he would not watch Quentin Tarantino’s latest film, set in the antebellum South, which opened in theaters on Tuesday. “I can’t speak on it ’cause I’m not gonna see it,” he said. “The only thing I can say is it’s disrespectful to my ancestors, to see that film.”

Over the weekend, Mr. Lee, whose most recent film, “Red Hook Summer,” deals with race and class in that Brooklyn neighborhood, took to Twitter to express some more opinions. “American Slavery Was Not A Sergio Leone Spaghetti Western. It Was A Holocaust. My Ancestors Are Slaves. Stolen From Africa. I Will Honor Them.”

His statement inspired a lively debate, which Mr. Lee engaged in, weighing in and retweeting commenters on Saturday evening. He has taken issue with Mr. Tarantino’s work before, particularly his use of a racial epithet. “Django” includes at least 100 instances of the slur.

In another interview with Vibe, Jamie Foxx, who plays Django, said Mr. Lee told him at the BET Awards in September that he would not speak out about the film. “You know Spike, he’ll let you have it whether it’s good, bad or ugly,” Mr. Foxx told the magazine. “And he said, ‘I’m not going to say anything bad about this film. It looks like y’all are getting it.’ ”