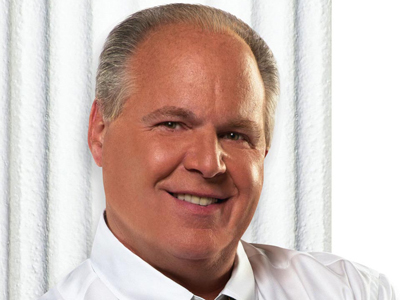 Rush Limbaugh is warning that there is an “effort underway to normalize pedophilia” by liberals who are promoting marriage rights for LGBT people.

During his Monday radio show, Limbaugh pointed to a recent National Review column which claimed that “the mainstream left wing UK newspaper” The Guardian was pushing an effort to “embrace pedophilia as a normal part of the human condition so that we can help those with the ‘orientation’ refrain.”

While the National Review column did not mention marriage, the conservative radio host made the connection.

“There is a movement on to normalize pedophilia, and I guarantee you your reaction to that is probably much the same as your reaction when you first heard about gay marriage,” Limbaugh opined. “What has happened to gay marriage? It’s become normal — and in fact, with certain people in certain demographics it’s the most important issue in terms of who they vote for. So don’t pooh-pooh. There’s a movement to normalize pedophilia. Don’t pooh-pooh it.”

“They make the case that kids enjoy it, adults enjoy it; what’s wrong with a little love? The same things that were said about gay marriage,” he continued. “It’s the same thinking, if you remember back in the nineties, when we were told that kids are going to have sex, you can’t stop them. And that’s why we needed to give away condoms in the schools.”

“Now, there were people — I just want to remind you — back during the early days of the effort to redefine what a family is, and in the early days of the gay marriage activists. There were people who said, ‘Well, if this becomes mainstream, then someday marrying your dog is gonna be okay, and then having two husbands and two wives in one family is gonna be okay, ’cause who can say it isn’t?’ There were others who predicted that pedophilia would be mainstream, and there was an outcry of opposition to this.”