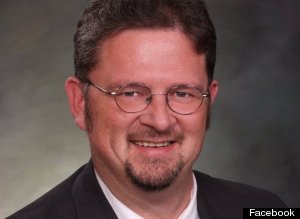 A Colorado state Senator is raising some eyebrows for praising a Dutch lawmaker’s anti-Islam crusade, saying in an interview that the lawmaker’s proposal to ban the construction of new mosques was worth considering in the United States.

According to the Colorado Statesman, Senator Kevin Grantham attended the Western Conservative Summit in Denver this past week, where Dutch parliamentarian Geert Wilders delivered a speech calling Islam a, “dangerous, totalitarian ideology,” and saying that to stop the threat of creeping Sharia law, American legislators should ban the construction of new mosques. In an interview with the paper after the speech, Grantham said Wilders’ fear of an Islam was “warranted,” and that his anti-mosque plan was worth hearing out.

Regarding Wilders’ suggestion that Western governments ban construction of new mosques, Grantham said it was worth considering.

“You know, we’d have to hear more on that, because, as he said, mosques are not churches like we would think of churches,” Grantham said. “They think of mosques more as a foothold into a society, as a foothold into a community, more in the cultural and in the nationalistic sense. Our churches — we don’t feel that way, they’re places of worship, and mosques are simply not that, and we need to take that into account when approving construction of those.”