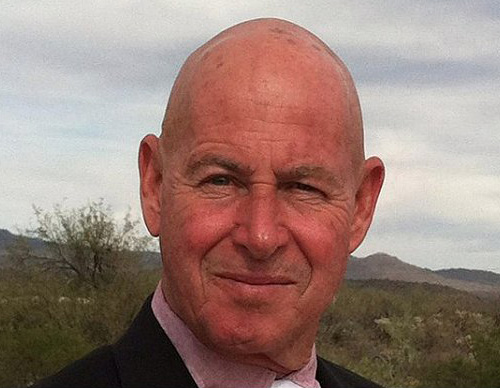 An Arizona Republican who is running to represent the state’s 2nd District in Congress wrote on Facebook that the institution of slavery wasn’t really so hard on slaves and was actually good for the economy.

According to the Root’s Keli Goff, Arizona congressional hopeful Jim Brown was trying to make a statement about federal spending and the nature of “entitlements” when he veered off course into racially offensive territory.

“Back in the day of slavery, slaves were kept in slavery by denying them education and opportunity while providing them with their basic needs,” wrote Brown. “Not by beating them and starving them,” he said, adding “Although there were isolated cases, of course.”

“Basically slave owners took pretty good care of their slaves and livestock and this kept business rolling along,” he said.

As Goff noted, “This flies in the face of all credible historical accounts.”

Brown began his congressional run earlier this year, running to represent Arizona’s District 1, then abruptly switching to District 2. In both districts, he faced vulnerable Democratic opponents. In District 2, he would run against Democratic Rep. Ron Barber. First, however, he has to win the Republican primary in August.

“Some people read this to mean that I didn’t think slavery was that bad. I believe that slavery is worse than death — yesterday, today and tomorrow. I apologize to anyone I offended,” he wrote.