Eric Bolling: Every Terrorist In US Has Been A Muslim 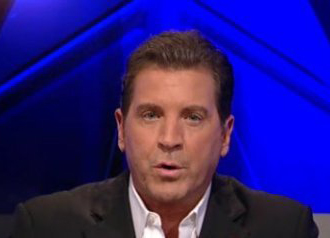 Fox News co-host Eric Bolling on Wednesday defended the New York Police Department’s spying program that targets Muslims by claiming that “every terrorist on American soil has been a Muslim.”

On Fox News’ The Five, Bolling dismissed a lawsuit filed by Muslim Advocates, a legal rights group, because “the people that had their constitutional rights violated the most were the 9/11 victims, the 3,000 who were killed by 19 hijackers who happened all to be Muslims.”

“It’s a strange thing that a lot of groups will do if they feel they’re being targeted is turn America’s system of civil rights and the Constitution back on the government,” co-host Dana Perino agreed. “Now that’s one of the things we have to struggle against.”

Fox News political analyst Juan Williams, who was dismissed from NPR in 2010 for remarks about Muslims, suggested that the group had a valid case.

“The reality is what the lawsuit says is that they are being targeted simply on the basis of their religion,” Williams explained. “So, it’s as if, you know, in Syria or one of these countries where all Christians are being persecuted, you said, ‘I’m going to go into every Christian home of church just on that basis that I suspect that you’re a terrorist.’ Well, that’s not fair to people in the Muslim community, most of whom are not terrorists.”

“How is it every terrorist on American soil has been a Muslim?” Bolling wondered.

“Wait a second,” Williams shot back. “You mean to say Oklahoma City [bombing] was conducted by a Muslim?”

In the last 15 years alone, there have a number of high-profile of domestic terrorist attacks on U.S. soil that did not involve Muslims.

The Federal Bureau of Investigation suspected Dr. Bruce Ivins of being behind the 2001 anthrax attacks. Jim David Adkisson was accused of killing two people and wounding seven others at a Tennessee church in 2008 because he wanted to kill liberals and Democrats. Anti-abortion activist Scott Roeder was convicted of the 2009 murder of Dr. George Tiller. White supremacist James W. von Brunn killed a security guard at the U.S. Holocaust Memorial Museum in 2010. And Andrew Joseph Stack flew a plane into a Texas office building in 2010, possibly targeting the Internal Revenue Service.