Bill O’Reilly: ‘It Is A Fact That Christianity Is Not A Religion’ 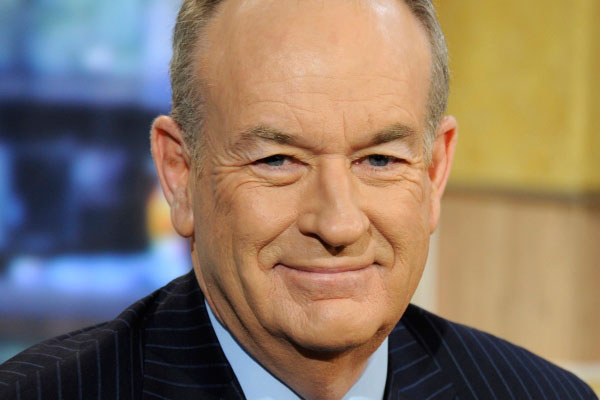 O’REILLY: Continuing now with our reporting on this year’s Christmas controversy situation. Many of the actions against public displays of Christmas taken by atheist organizations. With us now David Silverman. President of the American Atheist group.

DAVID SILVERMAN, PRESIDENT, AMERICAN ATHEISTS: Thanks for having me.

O’REILLY: I’m really trying to get and I’m not being a wise guy here. I will deal with the hard stuff with Governor Chafeee tomorrow. I’m trying to give you a point of view here. You are an atheist, you’re a non- believer. I respect that. That’s fine. I don’t look down on you. I don’t think you are pinhead.

SILVERMAN: Well we’re only messing around — we are not messing around with anything. We are stopping the government from preferring one religion over another.

O’REILLY: No, no, no. You listen to me and then you answer my questions.

SILVERMAN: I’m trying to answer your questions. Go ahead.

O’REILLY: That’s not a religion. That’s a philosophy.

SILVERMAN: Okay. So, since the dawn of time the Winter Solstice has been celebrated by multiple religions.

SILVERMAN: The Winter Solstice. The shortest day of the year. It’s been celebrated with evergreen trees because they don’t die, giving gifts, family, friends, song.

O’REILLY: So, why don’t you celebrate it?

SILVERMAN: But you don’t call it Christmas because Christianity doesn’t get favor –
O’REILLY: No, no, no.

O’REILLY: You can celebrate Winter Solstice.

SILVERMAN: Yes. And you can celebrate Christmas —

O’REILLY: Correct. It is a philosophy.

SILVERMAN: You and I are fundamentally going to disagree on that point.

O’REILLY: You are wrong.

SILVERMAN: That’s fine you can call me that.

SILVERMAN: You know what, they’re all sects of Christianity. It’s really not cool for you to try and.