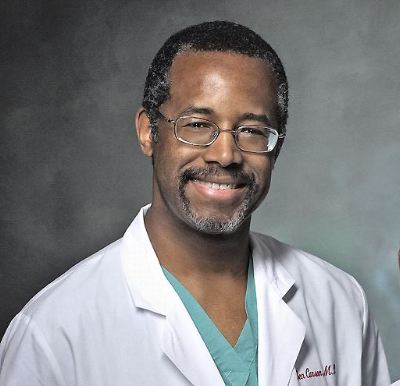 Hannitization is supposed to help people. In his long career as a Republican talking head, Sean Hannity has tried to help so many conservatives get out of scrapes by giving them the precious gifts of softball interviews. This week, it didn’t work. Ever since Dr. Ben Carson laid into President Obama at the National Prayer Breakfast, Hannity has been bringing his new friend onto the show for a usually snoozy chat on the topics of the day. (This is an improvement from 2012, when the role of Wise Man was played by Dick Morris.)

On Tuesday, it got a little real.

HANNITY: All right, last question, we have the issue of the Supreme Court dealing with two issues involving gay marriage. I’ve asked you a lot of questions. I’ve never asked you that, what are your thoughts?
CARSON: Well, my thoughts are that marriage is between a man and a woman. It’s a well-established, fundamental pillar of society and no group, be they gays, be they NAMBLA, be they people who believe in bestiality. It doesn’t matter what they are. They don’t get to change the definition. So he, it’s not something that is against gays, it’s against anybody who wants to come along and change the fundamental definitions of pillars of society. It has significant ramifications.
HANNITY: And you know, it’s interesting, Justice Sotomayor brought up the issue of polygamy and incest. Where does the definition stop and I guess, we’ll be debating it for weeks and months to come.
At the end you can see Hannity trying to bail out Carson. He knows, from his experience with Rick Santorum and Todd Akin, that any mention of statutory rape or beastiality is going to backfire. So he pretends that Carson was just freelancing, like Sotomayor was.

But he wasn’t. In America the Beautiful, his surprise-hit political tome, Carson spends a little time explaining why marriage shouldn’t be redefined to include same-sex unions. “I have no problem whatsoever,” he writes, “with allowing gay people to live as they please, as long as they don’t try to impose their lifestyle on everyone else. Marriage is a very sacred institution and should not be degraded by allowing every other type of relationship to be made equivalent to it.”