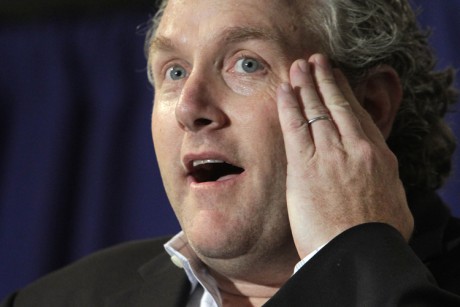 According to Campus Progress, Breitbart began yelling “Behave yourself!” repeatedly to protesters, then called them “freaks and animals.” He was ushered out of the area by hotel security a few moments after, but increased in his tirade by also screaming “Stop raping people!” to protesters.

Earlier in the day, Breitbart spoke at CPAC and continued to describe President Barack Obama as having “communists” friends who plotted to obtain the presidency in the 1980′s.