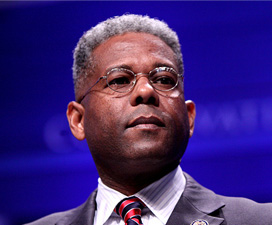 Tea party darling Rep. Allen West (R-FL) on Tuesday warned that as many as 80 Democratic lawmakers are members of the Communist Party.

Speaking to about 100 supporters and 15 protesters in Jensen Beach, the freshman congressman refused to name names after saying that that he had “heard” that 80 Democrats serving in the House of Representatives were secretly Communist Party members, according to the The Palm Beach Post News.